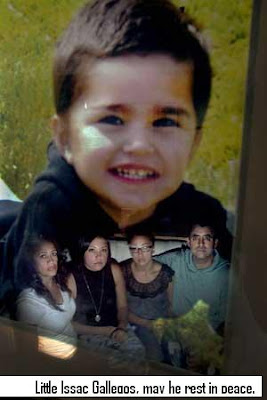 Make sure to make a CNN ireport about it, she’ll like that.

Outraged Parents Take Action Against Janelle Burrill
Criminal Complaints Against Custody Evaluator to be Filed at 10AM Thursday, August 5, 2010 Followed By 11:30AM Picket at Her Office

Another lazy, biased, corrupt judge lets an abuser have visitation with young son he is abusing, and threatens to take custody from the mother if she complains anymore about it. Judges that do this deserve the death penalty.
Fire them, send them to court and convict them, and sentence them to death. That is what they do to these children when they tell mothers they are lying, and order the children to go with the abusive father. 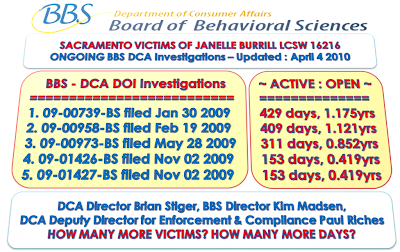 Here is the portion of the article where the judge threatens the mother. Grrrrrrrrrr:

“Your honor, I fear for my son, he came back with all the bruising,” Gallegos said, according to court transcripts, not finishing her sentence.

“I already made my order OK?” Pacheco said. “I talked to the detective; the detective talked to the doctor. I’ve done my investigation, I feel very confident this man did not hurt his son all right? …“I think you’re overreacting all right? Now, if you continue to act this way… I’ll have to take custody away from you and… I will give custody to the person (Murderer of your little Son) that is most willing to cooperate with the other parent, and giving them custody OK?” Pacheco said, according to court transcripts.

“I understand you want to protect your child, and that’s fine. That’s the way moms are, and dads too. But I don’t see anything here to stop him from letting him see his son OK?

Pacheco ordered the mother to continue allowing overnight weekend visits between the toddler and his father and threatened to take away custody if she made additional allegations against the father.

Posted by Artim at Thursday, August 05, 2010 No comments: Links to this post