Judge Wiggins-Lyle's
Another corrupted Judge from Arlington, VA
Arlington resident Nancy Hey, who is herself a victim of unfairness in the system, stongly encouraged people to attend this rally. Ms. Hey has been involved in a three-year legal battle to regain custody of her daughter Sabrina......................
Dr. Ariel King files Mandamus in VA Pro Se at the Supreme Court, asking them to look into Judge Wiggins-Lyle's rulings....................
Family Court Judge lied to by the father she awarded sole custody. The Child was abandonned in a foreign country for five years! Esther Wiggins continues to ignore the abuse, and refuses to acknowledge that this 8 year old child illiterate in English was abandonned in France for several years. Mother must live in France, evoke French authority because Wiggins can not admit she made a mistake.
Esther Wiggins Lyles - A Problem in Arlington Virginia
Posted by Artim at Monday, June 22, 2009 No comments:

Canons of Judicial Conduct for the State of Virginia......!!!
more stories of this Judge's misconducts to come......
Introducing New crowned unfit /unjust & Unmerited Judge Selected by Virginia House of Delegates
“Judge Bruce D. White" of Fairfax County
Like we don't have enough of these Ailing Judges in Virginia........!

Mr. Albo – our children’s faith is in the hands of you & the House of Delegates,
by selecting fair & rational Judges…..

By Tom JackmanWashington Post Staff Writer Monday, March 2, 2009; Page B01
A group of more than 200 Virginia residents, calling themselves the "Pitchfork Rebellion" and frustrated with the way the state selects judges, wants the public to have more say in who sits on the bench and for how long. Virginia is one of only two states, along with South Carolina, that empower their state legislatures to pick state judges, a process primarily conducted behind closed doors.
Posted by Artim at Monday, June 22, 2009 No comments: 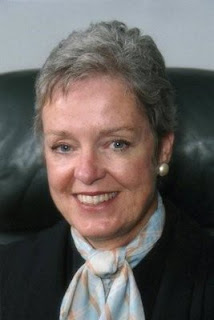 Judicial Corruption :
TANDY RINEHART, TANDEM JUSTICE AND THE TWO JUDGE COURTROOM‏
in the Matter of Sherry Hayward
My experiences with Substitute Judge Tandy B. Rinehart & the Stafford County, Virginia, courts began in 2002. Sub-judge Rinehart was hired by my now ex husband, Timothy Stohler, to represent him in our divorce. He hired her after consulting with every good attorney in the area to prevent me from hiring them. She is a waste of oxygen. She did however manage to get my ex full custody of my daughter leaving me with "reasonable visitation". Whatever that means. After our separation we had joint custody with almost equal time. She wrote to my attorney it seemed almost everyday with flimsy complaints & false allegations I suspect to financially break me. My daughter adjusted well & was still excelling in school. When it came time for the actual divorce hearing Sub-judge Rinehart was........
Posted by Artim at Monday, June 22, 2009 No comments: