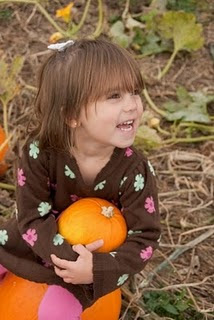 I married a man almost 4 years ago that I was sure to be the man of my dreams. 1 year into the marriage I find out that I never really knew who he was. He became mentally and verbally abusive and nothing I ever did was good enough. Going behind me and cleaning even after I had done a fine job of it before. I felt he was OCD. But now, I feel he is a sociopath. I am not a doctor, but I feel like something is wrong with him. We have been going through a nasty divorce since Jan. 9th, 2009. We have nothing of substantial meaning to argue over. No real estate, no money, nothing of monetary value. All we share is our beautiful daughter, McKinley.
Posted by Artim at Tuesday, July 27, 2010 1 comment:

Email ThisBlogThis!Share to TwitterShare to FacebookShare to Pinterest
Labels: SAVE MCKINLEY

Weed out corruption and Negligence in Family Courts

EarlRichards
June 6, 2010
Any family court judge who grants custody of children to a wife-beater, should be charged with child dangerment.
If the wife-beater is a danger to his (ex)wife, then, he is a danger to her children. One does not need to have a law degree to know this. Family courts are powerful, secret societies. Wife-beating cases belong under the jurisdiction of a criminal court, and not the farce and fraud of a family court. If judicial immunity is not ended, then, the family court judges will keep-on breaking the law.
The family courts should be open to the public, to the press/media and to court watchdog organizations, especially in secret courts the deal with children, that have done away with court reporters and the evidence. The taxpayers are supporting these courts, so the public and the public's elected representatives should have access to the family court records, at any time and without delay, in the public interest and in the children's interest, to weed out corruption and negligence and to ensure that that the taxpayer's dollars are not being squandered.Less
Posted by Artim at Tuesday, July 27, 2010 No comments: